What is Atomic Layer Deposition

The ALD process is based on the sequential release of precursor (chemical reactants) gas pulses to deposit a film in a layer-by-layer fashion. A first precursor is introduced into the process chamber producing a monolayer on the substrate surface. Afterwards, the chamber is purged with an inert carrier gas to remove unreacted precursor and reaction by-products, and a second precursor is pulsed into the chamber reacting with the first precursor to produce a monolayer of the desired film on the substrate surface. This process is based on two fundamental mechanisms: chemisorption saturation process and sequential surface chemical reaction [George, 2010]. 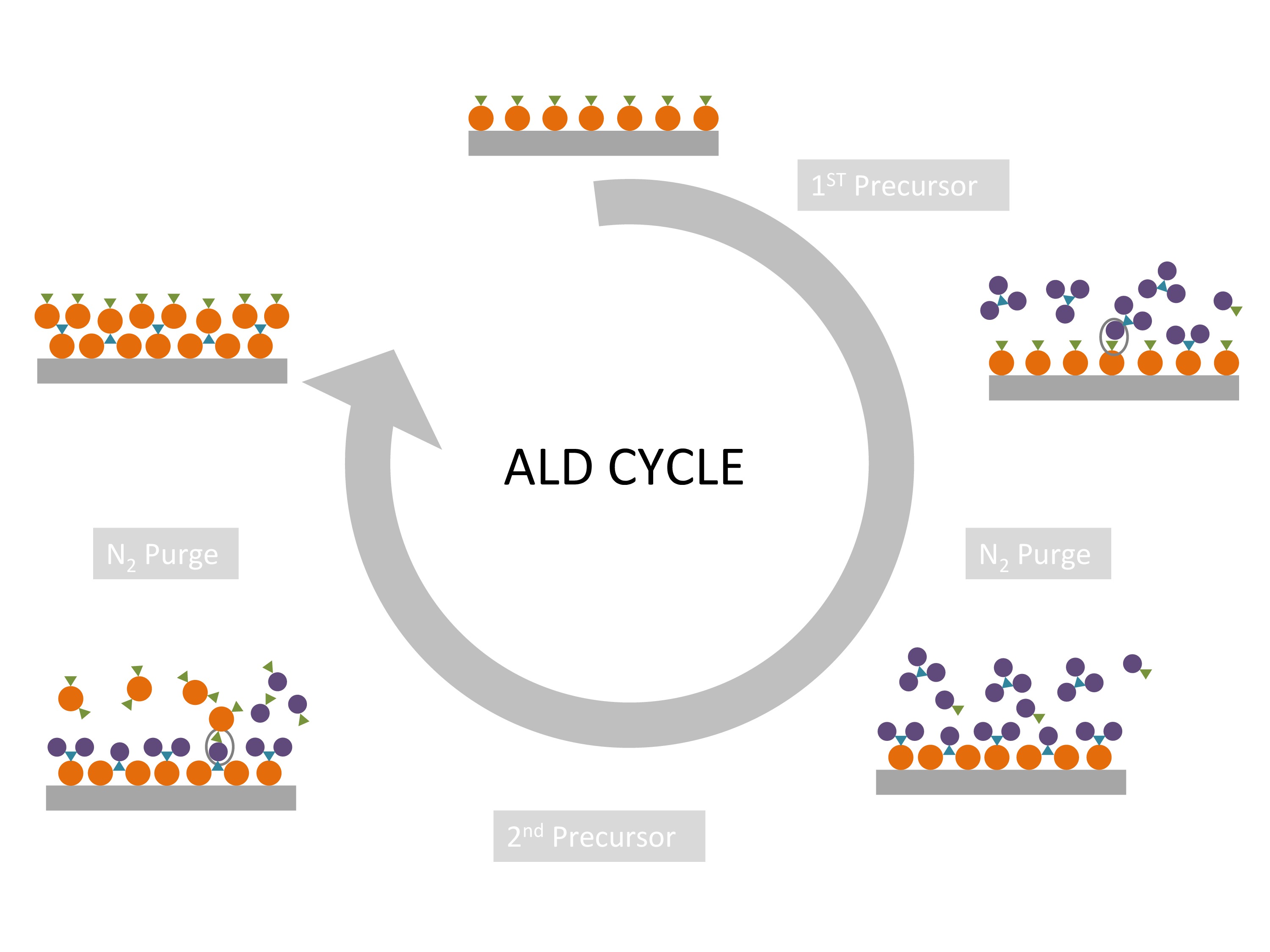 The adsorption of the precursor to the surface is predominantly thermally driven. This means that a minimum substrate temperature is required to allow the ALD process, but decomposition of the reactant will happen if the temperature is too high. The range of temperatures in which the process can occur is called the ALD temperature window and it depends on the precursors involved on the deposition being typical values from 50 to 350 °C.

ALD advantages when compared to other deposition techniques:

ALD coatings provide excellent adhesion and low stress due to the chemisorption of precursors with the surface.